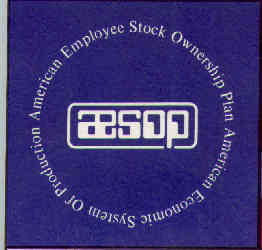 
America's economy  is heading toward a combination of the 1930's Depression and late 1940's European post-war chaos. The vast majority of corporations suffer excessive executive compensation which distracts the top decision-maker from making good plans and suffer from paid professional money-managers who don't know what they are doing. As has been repeatedly shown, the corporate deck is stacked against the individuals who depend on the corporation for income, benefits and retirement.

Currently, if a major corporation becomes bankrupt, the people charged with managing it get to buy it for pennies on the dollars. More often than not, they break up the corporation bought at a fire sale price. Why? They want to have an efficient, easy-to-manage cash cow that provides big returns for banks and investors. The employees be damned. As a result, the overall economy pays for the downsizing as new management cannibalizes the old system for the most efficient parts, e.g., Jack at GE. Not only do employees suffer, but the public needing the service is denied the products.

Why can't the government or unions come up with a business model based on true employee stock ownership so that the employees have a chance to run the companies without the executive milestones that sank the corporation? An American Employee Stock Ownership Plan is proposed as the basis of a better American Economic System Of Production: AESOP. Just takes enough interested people to support candidates for public office who are dedicated to better democracy and capitalism. Along with brain bees to reform elections and lifehours to reform economics, AESOPs are an important needed leg for timism to achieve it's homepage promise.

The following describes a work arrangement to embody democratic capitalism within the workplace. The proposal for saving many needed businesses and jobs from the cutting block of decapitalism rests on the principles derived from timism into the realm of human interactions. The specific goal is to allow workers to buy out their faltering company using lifehour bonds that are amortized over twenty years. The U.S. government has repeatedly guaranteed loans to corporations to promote their survival.

It is time for the government to allow employees to buy their floundering companies to keep the needed jobs, goods and services. A number of problems and principles need to be recognized and adopted in order to maximize the chance of success.

In summary, without a shift from decapitalism that rewards irresponsible executives and money-managers, the American worker and economy will sink.

Note: For people with a long-standing interest in the author's pursuit of better democracy and capitalism through AESOP, please visit Debt Obligations