Historical events (Oil Droughts) buttressing the CO2 hydrophilia thesis: Important to note that each barrel of oil on the average has 140 barrels of natural gas whence blow-outs at oil wells. Most oil field natural gas has no commercial value since it cannot be profitably transported so it is burned off. Saudi Arabia daily burns about 7 billion cubic feet of natural gas.

While the burned-off natural gas can be curtailed, the following closed loop is probably unstoppable.

Consistently, CO2's Hydrophilia has caused precipitation changes (too little or too much) leading to social, economic and political chaos grounded in universal, acclerating inflation from less food and more mouths, e.g., Syria is the midst of 900 year drought.

Western fossil fuel foolishness festers forest fires further fostering farther floods. This map from New York Times (August 24, 2021) shows the above sequence and consequences previously documented in the 2012 droughts and deluges. The drought/deluge sequence was originally detailed in Timism's Oil Droughts (1982). Petrophiliacs knew this back in the 1950s. And, the granddaddy of climate change predictors was the physicist/mathematician Fourier who in 1824 said industrialization from burning coal would have "greenhouse" effect. Or, maybe Benjamin Franklin in the 1760s. 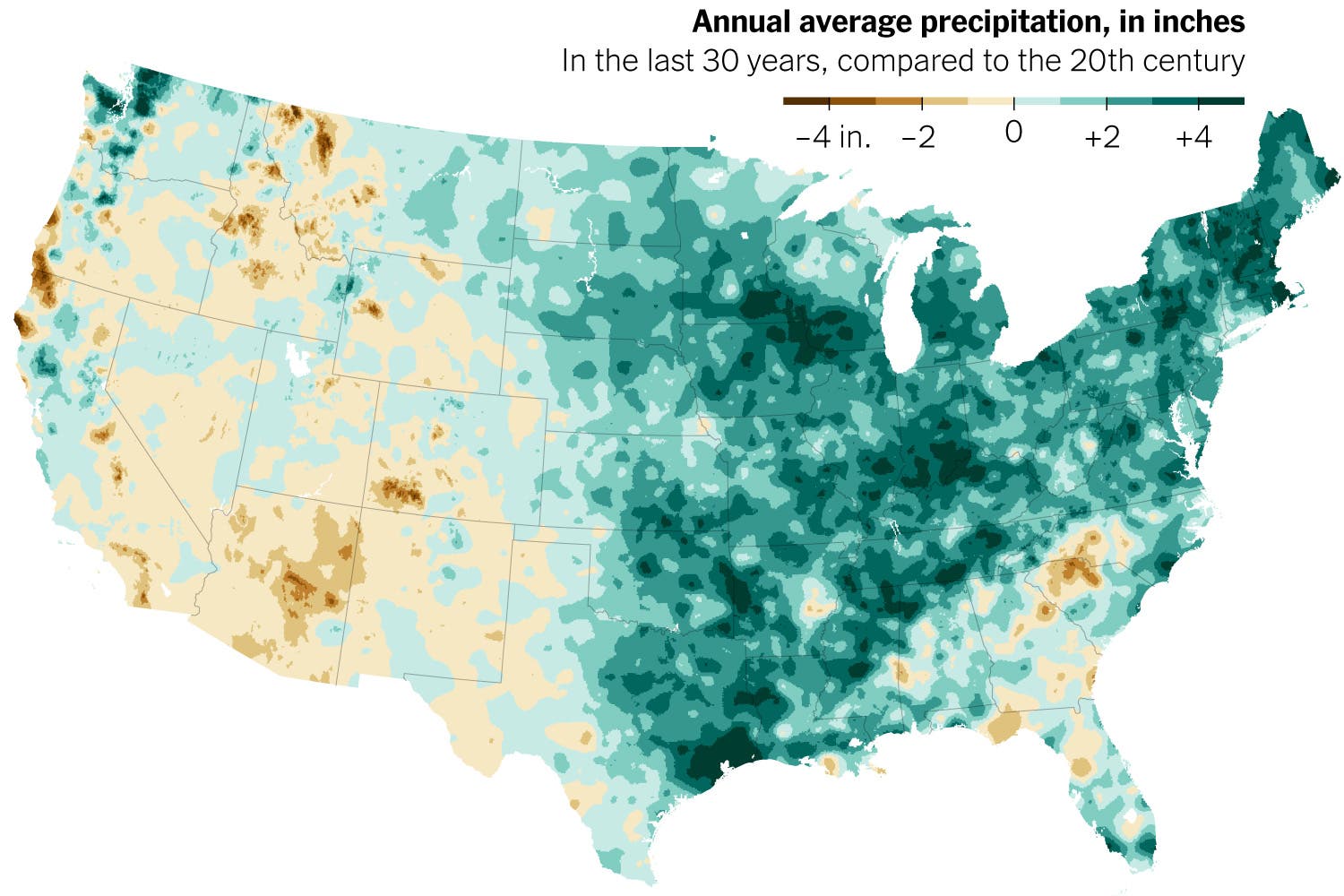 For every dollar of infrastructure lost to forest fires, the downwind deluges destroy hundreds if not thousands of dollars of past human effort.

I hope you do your part for the Primary Moral Imperative of saving life on Planet Earth from climate hell. You, the reader, have a duty to open the mind of humanity not only to a better understanding of climate change but to a more dire dread of humanity being on deathrow.

Final Thought: It is too late to reverse climate change. What needs to be done will not be done. We are all on deathrow. There will be no commutation of our death sentences. Blame your habitual politicians. More importantly, blame yourself. BOKYAG.

Essay uploaded to https://timism.com/GlobalDying/Media/2021/Hydrophilia_SmokingGun.htm and top right link at Timism.com.